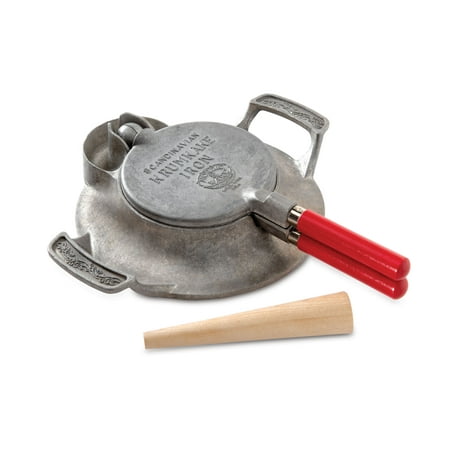 How Quickly Do Irons Drop in Price?

Should You Buy a Russell Hobbs Iron?

Should You Buy a Rowenta Iron?

Should You Buy a Breville Iron?

What Are the Best Iron Brands?

QWhat is a steam generator iron?
AA steam generator iron has a separate base that generates the hot steam - rather than generating it inside the iron. This means the actual iron is lighter and easier to use, and more steam can be generated quicker. However they tend to be more expensive, and are bulkier as a whole, since the generator is large and unwieldy.
QWhat is a vertical steam function?
AA vertical steam function allows a jet of steam to be shot upwards from the front of the iron. This is useful for steaming hanging clothes.
QWhy is a pointed tip useful?
APointed tips are useful for getting the iron into creases, under collars, and generally into all the nooks and crannies of the clothing.

Irons are something of a necessity if you want to make sure that your shirts or dresses are neatly pressed, look professional, and are free of any untidy-looking creases or wrinkles. Irons work by heating and loosening the molecules that make up polymer fabrics, making it temporarily more malleable. The weight of the iron and the motion of ironing stretches the material, removing the creases, and the fabric retains its new shape once it cools.

We have a wide variety of irons from many different makers, but it can be hard to choose the model exactly right for you. Here are the two main varities of iron:

Dry Irons: These are the standard type of iron you're likely to encounter - a wedge-shaped metal plate is heated up to high temperatures, which is then used to press clothes to remove creases. These irons tend to be cheaper than more advanced models, but may not proper handle all different types of clothing.

Steam Generator Irons: These are similar to dry irons, but have a reservoir of water that is built into the iron. This is heated up, generating steam that is dispensed through the hot metal plate on the base of the iron. The steam is necessary for some fabrics such as cotton, which will not react well to dry ironing. However they tend to be more expensive than standard dry irons.

Steam Generator Irons: These are similar to steam irons, but the device that generates the steam is held in a separate device. This quickly generates a large amount of steam, which is then fed into the iron when it's placed onto the generator. This allows the iron itself to be lighter than other steam irons, since it only needs to hold the steam, not generate it. It also allows a far greater amount of steam to be generated quicker. However they are the most expensive type of iron, and as a whole are far bulkier.

Some models of steam irons have a water tank that either has a wide mouth, or is entirely removable. These both serve to make the iron easy to refill, and reduce the risk of splashes and accidents when using it.

Most more advanced irons - especially steam irons - have a temperature setting installed on them. This allows the user to maintain a constant temperature for both the metal plate and the steam. This is important because different types of fabrics have different temperature requirements for most effective ironing - it also serves to reduce the risk of damaging or burning delicate clothing.

Irons are usually shaped like a wedge - however some models have an especially pointy tip, which can be useful for getting under buttons, into corners, and generally making sure all parts of the fabric have been taken care of. More advanced models may also have a 'steam tip' - a special steam dispenser in the tip, which can send a burst of steam through the fabric. This is useful for ironing out stubborn creases.

Limescale buildup is a problem of frequently used irons, and can reduce the life of your device. Therefore looking for an iron that has a limescale filter built into it can help elongate the life of the appliance, especially if you plan on using it very regularly.

How Good Are Philips Irons?

We have evaluated 55 expert reviews and 15,055 user reviews for irons and used this information to calculate an average rating for Philips irons of 88%. This makes Philips the best rated iron brand according to customer reviews.

When Are Most New Philips Irons Released?

How Fast Do Philips Iron Prices Drop After Release?

That means that on a typical Philips iron costing $145 you could save on average $18 by waiting 6 months before buying.