It looks like you are browsing from
Go to Close
Home Latest Articles Ovens Should You Buy a Smeg Oven?

Should You Buy a Smeg Oven?

Smeg is one of the most popular oven brands as well as being well known for its cookers, toasters and electric kettles.

We've collated all the key information on Smeg ovens in this handy guide. We've analysed over 10,000 user and expert reviews and 20 awards from hundreds of different review sites on over 7,700 ovens to impartially compare each oven brand.

Smeg are recognised for their good selection of premium and moderately popular ovens.

Is Smeg the Best Oven Brand?

So are Smeg ovens any good? We give every oven a Kagoo Score by analysing its specs, reviews and prices and comparing this to its competitors. By aggregating this data across all ovens we are able to impartially rank all the oven brands.

Smeg is ranked the No. 4 best oven brand.

Our detailed analysis taking into account all of the above factors found that Smeg is the 4th best oven brand out there.

Let's look at how Smeg ovens compare to the other oven brands across each of the key facets that make up the Kagoo Score.

At an average purchase price of $1,291, Smeg ovens tend to be more expensive than most other oven brands. Smeg also have better reviews than the typical oven brand, with the average rating of a Smeg oven being 80%.

The average review score for a Smeg oven is 80%.

Smeg have a number of great features including Half Grill which sets them apart from the competition.

There's a smaller selection of Smeg ovens available compared to other oven brands, with only 4 Smeg ovens currently on the market in the US.

What Do the Smeg Oven Reviews Say?

We've added up all the reviews for every Smeg oven to work out the average distribution of reviews for Smeg and then compared this to the other oven brands.

Smeg has a lower proportion of 4 and 5 star user reviews for its ovens than most other brands.

Over 90% of user reviews for Smeg ovens are 4 stars or higher. This compares to 92% across all oven brands.

Purchasers of Smeg ovens frequently mentioned that the product was carefully designed, had a good price and good technical features.

How Many Industry Awards Have Smeg Ovens Received?

After checking thousands of expert review websites we couldn't find any industry awards for Smeg ovens. The table below shows the number of awards received by the most popular oven brands. The largest number of awards provided by each review source is highlighted in green.

How Reliable Are Smeg Ovens?

So, most people think that Smeg ovens are good quality. Now let's take a look at some of the reviews for Smeg ovens that mention reliability:

One would expect such a good brand to be dependable

Features to Look Out For On Smeg Ovens

There's a number of great features to look out for on the latest range of Smeg ovens that set them apart from the competition. These include Half Grill.

What Are the Best Oven Brands?

Finish
In This Guide
Related Articles

What Are the Best Oven Brands?
Compare 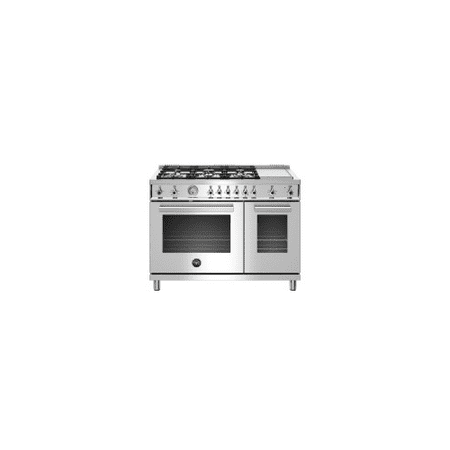