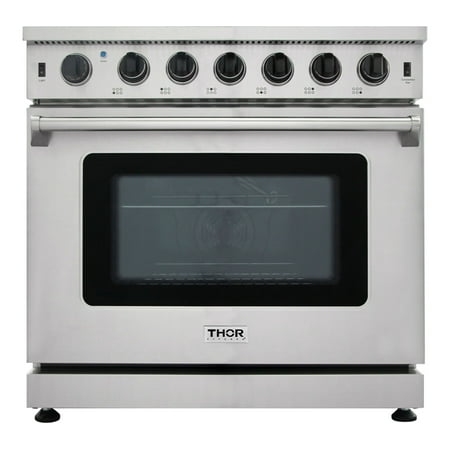 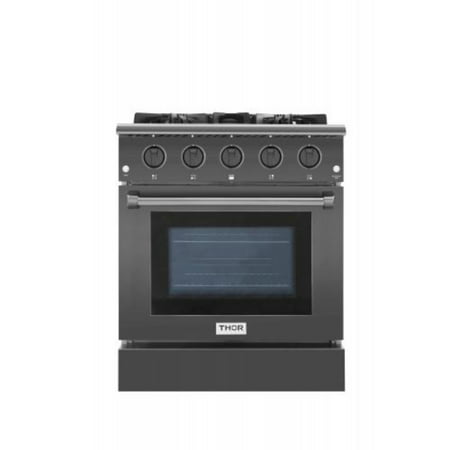 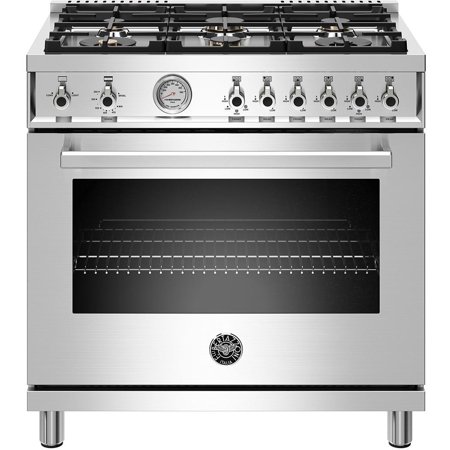 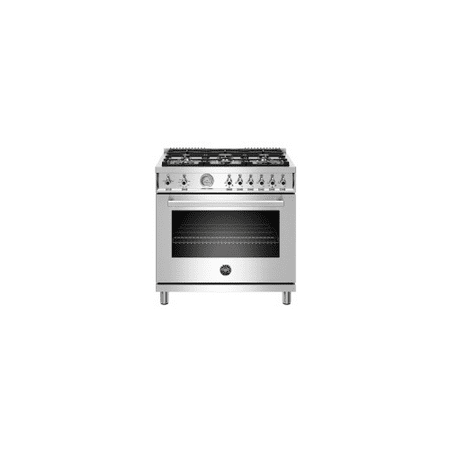 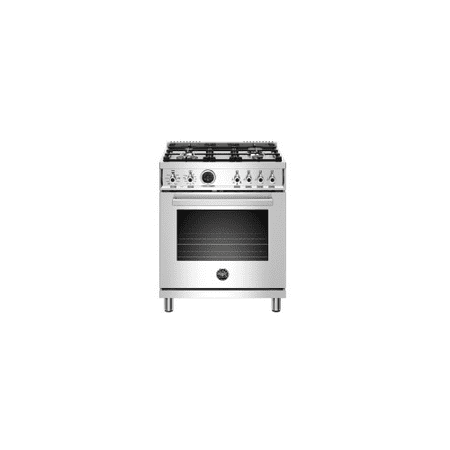 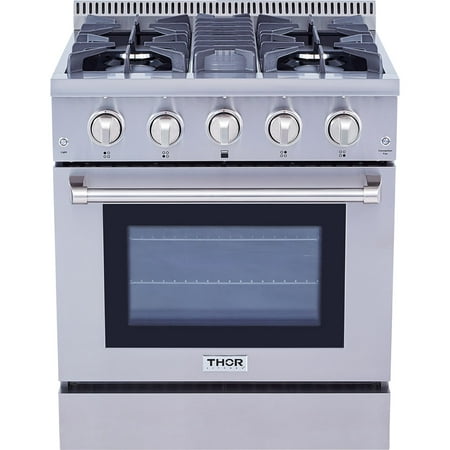 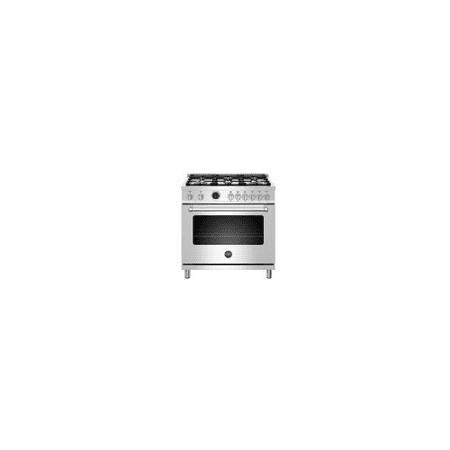 Get Deal
View All Oven Deals

What Are The Best Oven Brands?

We looked at the reviews for every oven and used this to calculate the average overall rating of each brand. The top rated oven brand is Bosch with an average rating of 88%.

What Are the Best Oven Brands?

QWhat is the difference between gas and electric ovens?
AMost modern ovens are electric, since they are far more accurate at reaching and maintaining temperatures, and less likely to misfire or malfunction. On the other hand, gas ovens are far cheaper to run, which can be a substantial positive if you use the oven a lot.
QWhat is a 'self-cleaning' oven?
AA self-cleaning oven has the ability to automatically raise the temperature to around 400C during a cleaning cycle. This burns on any bits of food or impurities in the oven, leaving it clean for the next use!
QWhat is the benefit between a single or double oven?
AA single oven should be enough for most households - it provides a nice cooking space, while not being too big. Multiple-cavity ovens allow you to cook multiple dishes at once, and offer significantly larger capacity, but are far more expensive, and take up more room.
QWhat is a combi microwave oven?
AA combi microwave combines both a standard convection oven and microwave into a single appliance. These can be used separately, or at the same time - allowing for faster cooking than usual. A combi is generally a more versatile appliance, able to handle more than just a standard oven.

Not all ovens were created equal, and the types of oven available cater for different needs and budgets. The main differences between ovens are their capacity and energy source. To find the right oven it is important to identify which features are important to you. If you bake on a daily basis, having an oven that is fairly large while being energy efficient is the best way to make your baking easier and save money on the long run. For a more casual cook who uses the oven once a week, energy efficiency and capacity are not top priorities. A simpler oven that doesn't cost you a lot will do the job just fine – no need for the latest deluxe double oven with 8 cooking modes.

One of the first considerations when buying an oven is its dimensions and energy source. Most ovens are 600mm wide and will fit most kitchens. If you are looking for a larger capacity oven or a freestanding oven it is important to measure the available space in our kitchen to ensure there are no surprises when your new oven arrives.

If there is a gas supply in our kitchen you will be able to consider a gas oven. Electrical ovens are slightly easier to install but might also be more expensive to run. Always check the energy rating when comparing ovens. The installation of gas and electric ovens should always be carried out by appropriately trained and licensed engineers.

Before looking at the technical aspects of your future oven, choosing between a single or double oven is one of the first decisions to make.

Single Ovens: For the average home user who requires no more than two trays to be used at the same time, a single oven should be sufficient, even for frequent users. There is a huge range of single ovens available in different finishes and with distinct features. The high level of competition between manufacturers means single ovens offer great value for money and are available at very reasonable prices.

Double Ovens: A double oven allows for more flexibility as you can cook and bake at two different temperatures in parallel. This is great to prepare a large meal and set each oven and timer separately. You can grill a main course in one oven and bake a cake in the other, which significantly speeds things up compared to a single oven. The drawbacks of double ovens are a higher price tag, the requirement for a bigger space and a smaller number of models to choose from.

A single compact oven is usually the same size as a microwave and most feature a grill as well. These small ovens are great if you are tight on space but their capacity might be a problem depending on the types of food you want to cook.

If you have space to fit a single oven but need tow separate ovens, a built-under double oven might be a good choice. You get the flexibility of a double oven without losing much space (they are usually only 10-12cm taller than an average single oven). Because two ovens have to fit into the space of a single oven, the capacity of the individual ovens is limited and you will have to weigh up the benefits of having two ovens versus a larger single oven.

One of the key criteria when choosing an oven is decide between an electric or gas oven. Most ovens are electric as these can be installed in almost every kitchen. Gas ovens require a natural gas supply in your property, which is not always available. When faced with the choice, both electric and gas ovens have their advantages and disadvantages.

An electric oven has much more accurate temperature control thanks to its electronic thermostat, and spreads the heat evenly throughout the cooking area. This effect is even more pronounced in fan-assisted models. In addition, the dry heat an electric oven produces prevents the build-up of rust. Purchasing costs of electric ovens are usually lower than gas ones, and there is a much wider variety to choose from. On the downside, electric ovens take longer to heat up and have slightly higher operating costs.

While there is less variety in gas ovens compared to electric ones nowadays, they have some distinct advantages. Gas ovens have lower operating costs. If you use the oven a lot, these will offset the higher acquisition costs in the long run. Gas ovens heat up and cool down faster than their electric counterparts, which is great if you don't have time to wait for an electric oven to cool down before cleaning. Gas ovens add humidity to the air inside the oven, which prevents foods from becoming dry and brittle before reaching their ideal cooking point. Temperature control and heat distribution are usually less accurate in gas ovens, however, modern gas ovens come with electronic thermostats that regulate the temperature more accurately and fans help to spread the heat evenly throughout.

After deciding on the capacity and type, selecting an oven with the right features ensures you will be happy with your choice for many years to come. Modern ovens provide a variety of features that make cooking and cleaning easier:

Fan Ovens ensure the heat is distributed as evenly as possible inside the oven so food cooks at the same speed on all sides. Fan assisted electric ovens also heat up quicker and can shorten cooking times.

Automatic Cooking Programs make cooking super-simple by setting the temperature and time to cook a dish.

Programmable Timers allow you to simply set the start time, duration temperature and heat sources and the oven will switch on and cook your meal before switching off again. This is great when you have other things to do but want to make sure your meal will be ready at exactly the right time.

Pyrolytic Self-cleaning is the most convenient way to keep your oven clean. During the cleaning cycle, the oven will heat up to 480C which burns off any deposits and reduces them to a thin layer of ash which can then simply be wiped away.

Multi-function Ovens allow you to cook with a number of heat sources, either independently or in combination. When using fan-assisted mode to cook a meal you can also use the grill to make sure it is crispy on top.

The biggest oven retailer by number of products currently for sale is eBay. We found 36 current oven offers from eBay. The second biggest retailer is Overstock with 4 offers. That means eBay is over 9 times bigger than Overstock when it comes to ovens.

When Are Most New Ovens Released?

How Fast Do Oven Prices Drop After Release?

New ovens drop in price by an average of 2% in the first 6 months after they were first released.

If you are prepared to wait then you could save an average of $23 on a typical $1,109 new oven by waiting 6 months before buying.

Most modern ovens run on electricity, but some ovens do use gas as their fuel source.

Some ovens have more than one oven compartment. The temperature of each compartment can be controlled separately.

Having more than one oven allows you to cook two different dishes at different temperatures, or avoid smells from one dish affecting the other dish.

'Main Oven Capacity' denotes the usable capacity of the main cavity of the oven.

A bigger main oven capacity means you can fit more food into the oven at once.

The energy efficiency class is a measure of the efficiency of the oven ranked using the European Union standard energy efficiency scale. G is the worst rating and A is the best rating. It is possible to have rating higher than A. These are marked with A+, A++ etc.

A better energy efficiency rating means that the oven will cost less to run.

Which Are the Cheapest Retailers for Ovens?

Proportion of Ovens for Which Each Retailer is Cheapest?