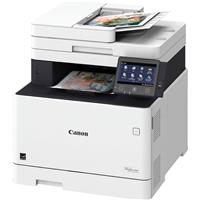 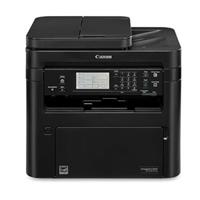 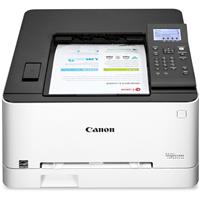 What Are the Best Laser Printer Brands?

How Quickly Do Laser Printers Drop in Price?

Should You Buy an HP Laser Printer?

Should You Buy a Lexmark Laser Printer?

Should You Buy a Xerox Laser Printer?

Should You Buy a Samsung Laser Printer?

QWhat is duplex printing?
ADuplex printing is the ability to print on both sides of the paper - either simultaneously, or automatically turning the paper over to print on the other side. It means you can utilise both sides of the paper.
QWhat is Pictbridge?
APictbridge - or Direct Printing - is a system to allow users to print photos directly from their camera or phone, without having to connect to a computer first. This can either be done using a cable or wifi.
QWhat is an envelope feeder?
AAn envelope feeder allows you to load up a quantity of envelopes, which are then pulled into the printer to have addresses/names/etc printed directly onto them, rather than having to use labels.

There are 2 main types of printers available on the consumer market - inkjet and laser printers. Both have strengths and weaknesses, and your choice will largely depend on what you plan on using your printer for. This guide will concentrate on information about laser/LED printers - for a detailed rundown of laser printers, please see the guide under the inkjet printer category.

Laser printers work by using a very fine laser to help minuscule particles of powdered ink (toner) ‘stick’ to the page in the shape of the letters and numbers to be printed. The page is then passed through between 2 heated rollers (a ‘fusing unit’), ‘burning’ the toner onto the page. Because the laser can move very fast, a laser printer can print at a very fast rate - far faster than any inkjet printer. Also, because the laser is extremely accurate, it allows for extremely crisp prints, with little chance of smudging or blotting.

Compared to inkjet printers, laser printers are far more expensive - sometimes double or more the cost of an equivalent inkjet model. However while the initial cost is high, the day-to-day running costs are far lower: toner cartridges last far longer than ink cartridges, and are cheaper to replace. Both these factors mean that if you routinely print large amounts of documents, a laser printer will be far more economical over time compared to an inkjet.

There are 2 main types of laser printer on the market at the moment - laser and LED printers. Both work by the same process - using focussed light to trace a path for toner particles on a page. However while a laser has to track across the page from one side of a line to the other, an LED printer can use a static bank of LEDs to ‘flash’ an entire line in one go. This means that LED printers are far faster than laser printers which achieving the same high-quality prints. However since LED printers are a new technology, you can expect to pay more for an LED-enabled printer. If you find yourself regularly printing a lot of documents, the saving in time may well be worth the expenditure.

Laser printers are primarily monochromatic, since they only use a single colour of toner. However colour laser printers do exist - they work by having 4 separate cartridges and drums (black, yellow, magenta and cyan) so the paper is passed through each colour of toner in turn, building up a fully-coloured print as it goes.

Because they involve far more hardware, colour laser printers are far more expensive than their monochromatic cousins. Moreover, the quality of the printing is nowhere near as good as inkjet or photo printers - you won’t be able to get professional-quality colour depth or detail from a laser printer. Therefore if high-quality colour printing is important for you, you may wish to look into buying an inkjet printer.

Laser printers are far faster than inkjet printers, and are capable of a very high rate of pages printed per minute. That said, there is a large variety in printing speed within laser printers, with some models capable of printing pages twice as fast as other devices. This is especially true of LED printers, which are capable of an extremely high page-per-minute rate. All of our printers have detailed stats on the number of pages they can print a minute, broken down into monochrome and colour, as well as by quality (draft, normal, high-quality). This will allow you to make the best decision as to the laser printer that best suits your needs.

Most newer models of laser printers have an array of network connectivity options to make printing easier and more efficient. Ethernet connectivity is now a common feature in modern laser printers - so data can be transferred over a network without having to plug your computer into the printer directly. This makes it far easier to share printers with groups: the printer can be placed in a central area and used freely by everyone around.

Additionally, many models of laser and LED printer also have wifi and/or bluetooth connectivity. These options mean that you do not even have to use a cable to use the printer - data can be transferred over wireless connection.

Finally, the newest models of these printers have support for cloud or app printing. These options allow you to send a document to print from anywhere in the world - from a browser over the cloud, or from an app on your smartphone. While you will pay more money for these options, the convenience they provide may be worth the extra expenditure.

How Good Are HP Laser Printers?

We have checked 410 expert reviews and 3,092 user reviews for laser printers and used this data to determine an average rating for HP laser printers of 86%. This makes HP the best laser printer brand according to customer reviews.

When Are Most New HP Laser Printers Released?

How Fast Do HP Laser Printer Prices Drop After Release?

That means that on a typical HP laser printer costing $746 you could save on average $264 by waiting 6 months before buying.