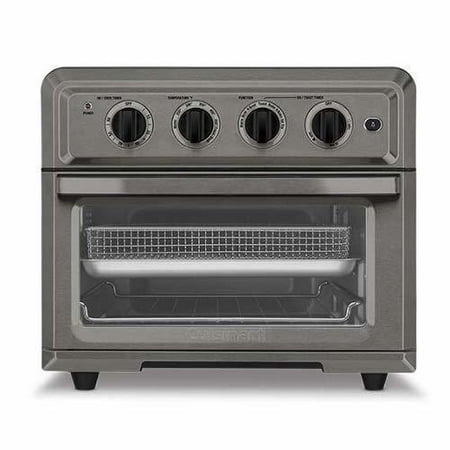 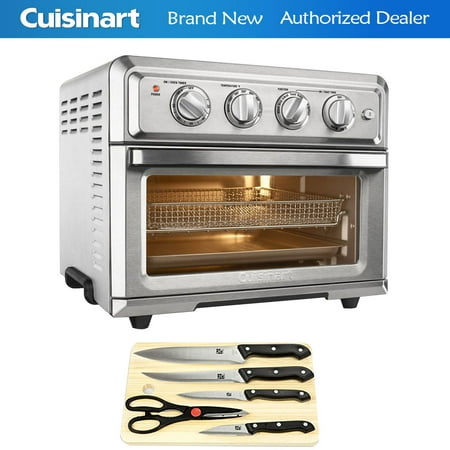 Cuisinart Convection Toaster Oven Air Fryer with Light Silver (TOA-60) with Cuisinart Triple Rivet Collection 2-Piece Knife Set & Home Basics Two-Tone Bamboo Cutting Board
$236.98
$199.95
Introducing a healthier way to fry, and so much more! The Cuisinart FreshFry is actually a premium full size toaster oven with a built-in air fryer. That means it not only... more 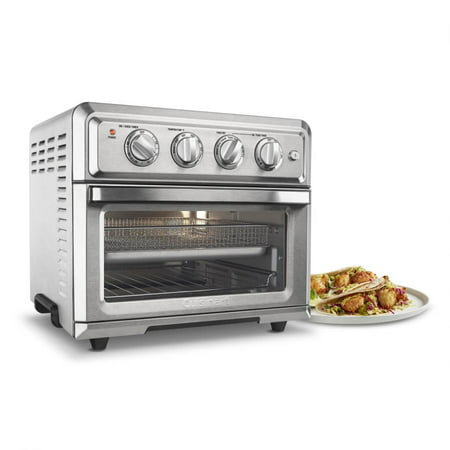 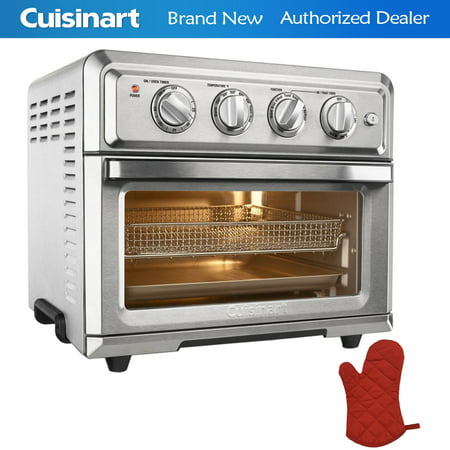 Cuisinart Convection Toaster Oven Air Fryer with Light, Silver (TOA-60) with Deco Gear Red Oven Mitt
$233.00
$199.95
Introducing a healthier way to fry, and so much more! The Cuisinart FreshFry is actually a premium full size toaster oven with a built-in air fryer. That means it not only... more 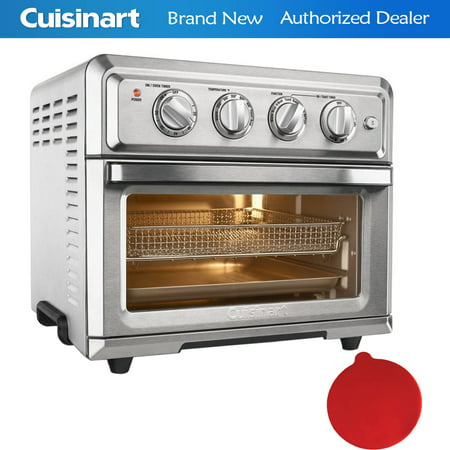 Cuisinart Convection Toaster Oven Air Fryer with Light, Silver (TOA-60) with Deco Gear Red Silicon Trivet
$233.00
$199.00
Introducing a healthier way to fry, and so much more! The Cuisinart FreshFry is actually a premium full size toaster oven with a built-in air fryer. That means it not only... more 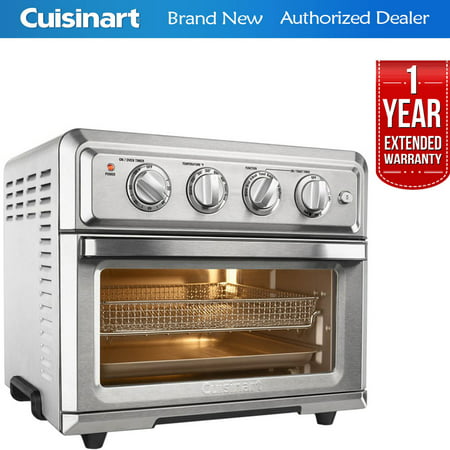 Cuisinart TOA-60 Convection Toaster Oven Air Fryer with Light, Silver w/ 1 Year Extended Warranty
$231.04
$192.53
Introducing a healthier way to fry, and so much more! The Cuisinart FreshFry is actually a premium full size toaster oven with a built-in air fryer. That means it not only... more 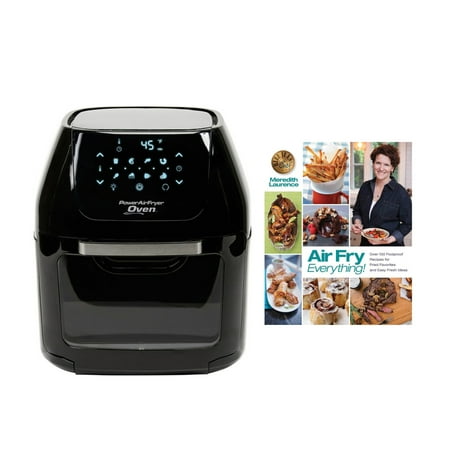 Get Deal
View All Fryer Deals

What Are The Best Fryer Brands?

We looked at the reviews for every fryer and used this to calculate the average overall rating of each brand. The top rated fryer brand is Tefal with an average rating of 92%. Compare all award winning fryers.

Should You Buy a Philips Fryer?

What Are the Best Fryer Brands?

QWhat is a hot air fryer?
AMany recent models of fryers use super-heated air rather than oil to cook the food. This generates better results (the food is less soggy) and uses a tiny fraction of the oil usually used. Therefore it is much healthier!
QWhat is the difference between a single and double fryer?
AAs the name suggests, double fryers have 2 different cooking receptacles, so 2 sets of food can be cooked at once. This is most commonly found on larger and commercial fryers.

Fryers use very hot oil to cook food quickly and thoroughly - the food is quickly cooked by the hot oil, often resulting in a crispy outside, but a tender inside. Most people connect home fryers with chips - allowing you to easily recreate the crispy, fluffy chips found in restaurants and cafes. However they can be used for many other different types of food, including fish, vegetables, samosas or chicken. Due to the high temperatures involved in the cooking procedure, modern fryers have significant safety features to minimise the chance of accidents, and contain pre-set modes for the most commonly-cooked foods.

All our fryers have a food capacity, measured in kilograms. The larger the capacity, the more food you can cook in one go - this may be especially useful for large families. However larger fryers also have a significantly larger footprint, and so will take up more counter space in your kitchen.

All of our fryers are given a power level, rated in watts. The higher the wattage, the more power the fryer has. This translates to faster and more efficiently cooked food, but also to higher electricity bills. Fryers tend to be quite power hungry, so it may be prudent not to automatically buy the device with the highest power - a good mid-point between power and cost-efficiency is important.

Given that even the healthiest fryer produces a lot of grease and mess, it is a good idea to clean the fryer after every use. Therefore it may be helpful to check that your chosen model is marked as easy-to-clean, meaning that it has been designed for stress-free cleaning. Some models even have parts that are safe to put in the dishwasher, making them extremely easy to clean and take care of.

While traditionally deep fat frying has been seen as an immensely unhealthy form of cooking, there are several healthier options available. Low fat fryers are specially designed to use less oil than standard fryers, meaning the resulting food has a lower calorie count, and is therefore healthier. Under these systems a single teaspoon of oil will suffice for an entire portion of chips, so the calorie count can be a mere fraction of what it would be using a traditional method.

A growing section of the healthy frying market is so-called ‘air’ fryers - a range of cookers that use superheated air to fry the food instead of oil. Because they use very little or no oil (some models use a very small amount of oil to 'kick start' the air heating) the resulting food is far lower in calories and fat. Indeed, tests have shown that with a 300g portion of chips, airfrying reduced the calories from 717 to 576! Also, because they don’t use oil you don’t have to worry about disposing of the used frying oil - which makes them far more ecologically friendly as well.

Generally speaking these low-fat and air fryers are more expensive than their traditional counterparts. However, given how much lower in both calories and fat the resulting food is, the health benefits may far outweigh the extra expenditure.

Uniworld fryers start at $350 and their most expensive fryer costs $350. The highest average fryer price out of all brands is Uniworld fryers with an average price of $350.

Duronic fryers start at $323 and their most expensive fryer costs $323. The second highest average fryer price out of all brands is Duronic fryers with an average price of $323.

Taurus fryers start at $263 and their most expensive fryer costs $263. The third highest average fryer price out of all brands is Taurus fryers with an average price of $263.

When Are Most New Fryers Released?

How Fast Do Fryer Prices Drop After Release?

On average fryers drop in price by 4% in the first 6 months after release.

That means that on a typical fryer costing $25 you could save on average $1 by waiting 6 months before buying.

'Power' is the power level of the fryer, measured in watts.

Generally speaking, a higher power level means that the fryer will be more powerful, heating the oil to higher temperatures faster, and cooking the food more efficiently so that it doesn't spend as much time sitting in the oil, meaning it will be (somewhat) healthier.

'Capacity' denotes how much food the fryer can hold at once, measured in kilograms.

The bigger the capacity of the fryer, the more food can be cooked at once.

A low-fat frying function serves to fry food using only a fraction of the oil normally used.

Which Are the Cheapest Retailers for Fryers?

Proportion of Fryers for Which Each Retailer is Cheapest?