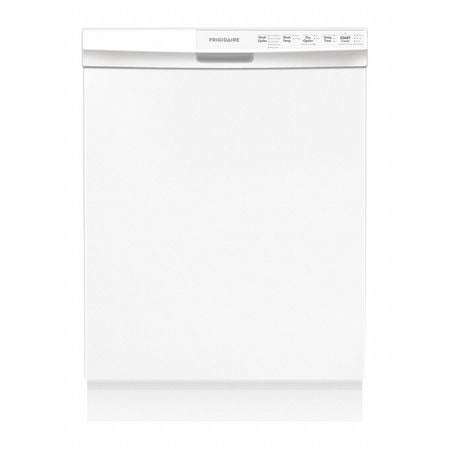 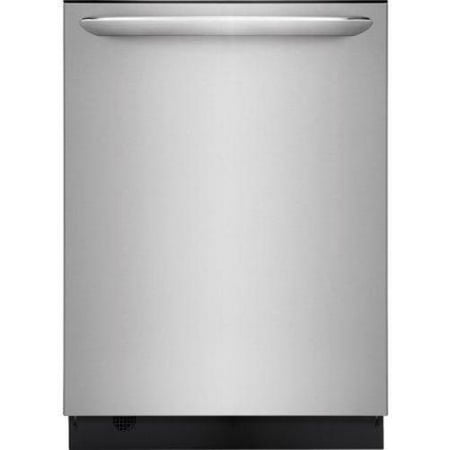 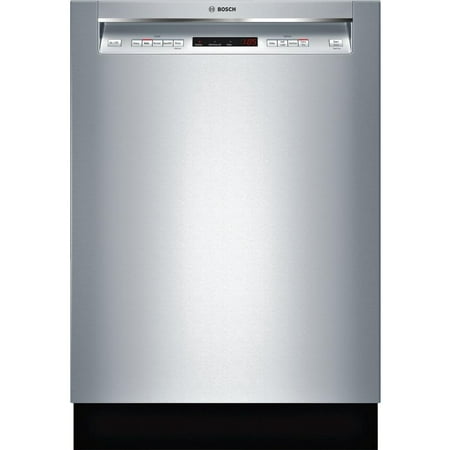 What Are The Best Dishwasher Brands?

We looked at the reviews for every dishwasher and used this to calculate the average overall rating of each brand. The top rated dishwasher brand is Bosch with an average rating of 90%. Compare all award winning dishwashers.

Should You Buy a Miele Dishwasher?

What Are the Best Dishwasher Brands?

QWhat is a 'place setting'?
AA place setting is a standard measurement of how much can fit in a dishwasher. A 'place setting' is defined as : a dinner plate, soup plate, dessert plate, glass tumbler, tea cup and saucer, knife, fork, soup spoon, dessert spoon and teaspoon.
QHow noisy is an average dishwasher?
AMost dishwashers fall between 40-50Db when running, which is very quiet and barely noticeable.
QWhat are adjustable baskets?
AThis means that the inside of the dishwasher can be moved around and customised, with extra sections for plates or cutlery added/removed depending on your needs.

Dishwashers are an invaluable time saver in the modern household - nobody likes having to spend ages washing up dishes after a good meal! Our dishwashers have a variety of shapes, sizes and capacities to fit the needs of every family.

Dishwashers come in 3 main sizes: full size, slimline & compact. The smaller the machine, the easier it is to fit into your kitchen - with the tradeoff that it will be able to wash fewer dishes at once.

Full size machines can usually hold around 150 items, and will have space enough for the largest dishes and plates, as well as saucepans and pots. They are suitable for large families, and those who generate lots of dirty plates.
Slimline dishwashers are usually as tall as full size dishwashers, but substantially thinner than their larger cousins - they can usually hold somewhere around 100 items. They offer a good trade of space vs. capacity.
Compact dishwashers are smaller both in height and width, and usually hold around 50 items. The small profile of these machines make them ideal for small kitchens and limited space, but they can hold far less than full size dishwashers.

Dishwashers also have a washing and drying class, ranked from A to G. The higher the class, the more efficiently the machines will wash and dry dishes. This means less chance of food and stains at the end of a cycle, and a better quality of cleaning overall, so it's worth going for the best washing/drying class you can afford.

Many dishwashers contain the ability to adjust the height of both the lower and upper baskets, or even removing them completely. This can help you fit in extremely large or bulky items - such as serving dishes, woks or soup pots - with ease. Several of our dishwashers also contain customisable upper and lower baskets, so you can change the layout of the dish racks, cup holders, etc to best match your needs.

Modern dishwashers contain several different programs for efficiently cleaning you plates and cutlery. Most will contain a quick wash, which is the fastest and least effective cycle, and a thorough wash for extremely dirty dishes.

More advanced models may have several additional programs, such as pre-wash cycles, a cycle that concentrates washing power on the lower basket, and a sensor wash that automatically detects how full the machine is, and sets the time/power level accordingly. All of these extra programs save you time and energy in keeping your kitchenware tidy and clean!

Noise levels for appliances are measures in Db - most dishwashers fall between 40-50Db. This is rather quiet - equivalent to the background noise of a refrigerator running - so shouldn’t disturb conversation. Some models even have a special ‘quiet mode’ cycle, which will run even quieter than usual.

All our dishwashers are graded on their energy efficiency. The higher the grade, the less energy will be used per cycle, and the cheaper the dish washer will be to run. Look for a washer graded at A++ or above for the best efficiency in daily use.

When Are Most New Dishwashers Released?

How Fast Do Dishwasher Prices Drop After Release?

On average, in the first 6 months after release, dishwashers drop in price by 2%.

If you are prepared to wait then you could save an average of $15 on a typical $624 new dishwasher by waiting 6 months before buying.

'Place Setting' is a measurement of how much crockery/cutlery/etc can fit in the dishwasher. A 'place setting' is defined as: a dinner plate, desert plate, single glass, soup bowl, tea cup with saucer, and an assortment of cutlery.

A greater number of place settings means that the dishwasher can fit more crockery and cutlery in at one, making it faster and more economical for very large cleaning loads.

'Noise Level' denotes how much noise the dishwasher makes when it's in use, measures in decibels (dB).

Less noise makes for a nicer atmosphere while the wash is running, and means the machine is less likely to disturb and annoy people.

The Energy Efficiency Class of a dishwasher shows how well it uses energy, and how much is unnecessarily wasted. Products are ranked from G to A++ in terms of how little energy they use compared to the norm.

A dishwasher with a better energy efficiency rating will consume less energy whenever they are used, saving you money and making them better for the environment.

Which Are the Cheapest Retailers for Dishwashers?

Proportion of Dishwashers for Which Each Retailer is Cheapest?